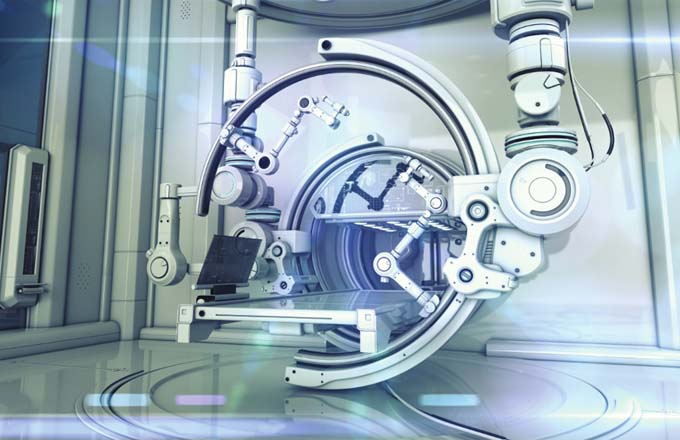 A recent American Hospital Association survey of its members suggests that labor costs were the largest component of hospital expenditures from 2004-2008. But that's a red herring, since spending on high-tech medical equipment is a far more significant driver of healthcare costs.

The AHA report states that "about two-thirds of every dollar spent by hospitals goes to the wages and benefits of caregivers and other staff." An accompanying pie chart attributes 64 percent of hospital spending to "the cost of goods and services" (which goes far beyond labor), 34 percent to increased utilization (partly because of population growth), and just 2 percent to "intensity and other." This little sliver, the AHA says "can be attributed to a variety of factors, including sicker, more complex patients as well as the high costs of advances in technology."

Ahem. Many experts attribute about half of the increase in health spending to the use of new medical technologies. Since those technologies are most often employed in hospitals, they must be a major driver of hospital cost growth. Now, it is true that in 2004, only 2 percent of hospital operating budgets went to technology, but new technology purchases account for more than half of hospitals' capital spending, and those new devices and imaging machines get used. Perhaps hospitals find it more politically correct to say that they're spending money on nurses, lab techs, and physical therapists than to admit that they're investing millions in cold hard equipment that requires additional tests and procedures to achieve a return on investment.

That increasing use of new technology is apparently at the core of Massachusetts' astonishingly high hospital costs. A report co-authored by Alan Sager, a professor of healthcare finance at Boston University, shows that in 2007, the average hospital cost per patient in Massachusetts was $3,015, 55 percent higher than the national average of $1,941. Among the factors in the high spending level was the state's heavy reliance on teaching hospitals and an "elaborate and expensive pattern of clinical services." Translation: Massachusetts has the latest cutting-edge technology, and its doctors are not afraid to use it. There are other factors, too, including the market dominance of big organizations like Partners Healthcare and CareGroup. But they couldn't wield the kind of technology they do unless they could get their price.

Meanwhile, even as hospital executives continue to complain about the nursing shortage, recent graduates of nursing schools find they're in much less demand than nurses used to be. Part of the reason is that older nurses aren't retiring or changing jobs as much as they did before the recession. But hospitals are also hiring fewer nurses and other staff because demand for hospital services is falling as the number of well-insured patients drops.

Hospitals do have economic issues, without a doubt. But their increasing reliance on technology is a matter of record, and trying to hide it only raises questions about how many of their services are really necessary.