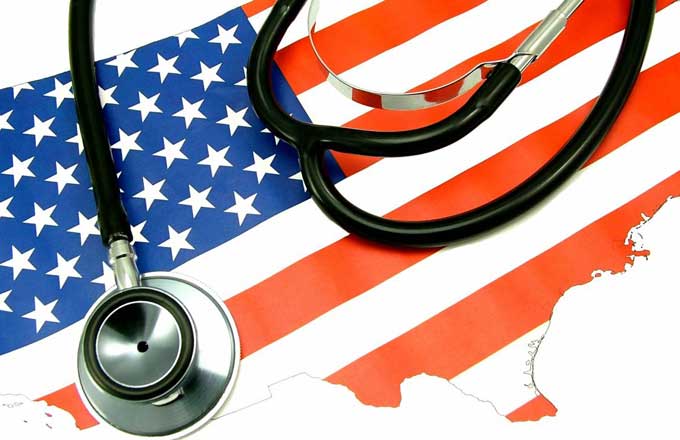 Information concerning the deficiencies of US medical care has been accumulating. The fact that more than 40 million people have no health insurance is well known. The high cost of the health care system is considered to be a deficit, but seems to be tolerated under the assumption that better health results from more expensive care, despite evidence from a few studies indicating that as many as 20% to 30% of patients receive contraindicated care.1 In addition, with the release of the Institute of Medicine (IOM) report “To Err Is Human,” millions of Americans learned, for the first time, that an estimated 44000 to 98000 among them die each year as a result of medical errors.

The poor performance of the United States was recently confirmed by the World Health Organization, which used different indicators. Using data on disability-adjusted life expectancy, child survival to age 5 years, experiences with the health care system, disparities across social groups in experiences with the health care system, and equality of family out-of-pocket expenditures for health care (regardless of need for services), this report ranked the United States as 15th among 25 industrialized countries. Thus, the figures regarding the poor position of the United States in health worldwide are robust and not dependent on the particular measures used. Common explanations for this poor performance fail to implicate the health system. The perception is that the American public “behaves badly” by smoking, drinking, and perpetrating violence. The data show otherwise, at least relatively. The proportion of females who smoke ranges from 14% in Japan to 41% in Denmark; in the United States, it is 24% (fifth best). For males, the range is from 26% in Sweden to 61% in Japan; it is 28% in the United States (third best).

The data for alcoholic beverage consumption are similar: the United States ranks fifth best. Thus, although tobacco use and alcohol use in excess are clearly harmful to health, they do not account for the relatively poor position of the United States on these health indicators. The data on years of potential life lost exclude external causes associated with deaths due to motor vehicle collisions and violence, and it is still the worst among the 13 countries. Dietary differences have been demonstrated to be related to differences in mortality across countries, but the United States has relatively low consumption of animal fats (fifth lowest in men aged 55-64 years in 20 industrialized countries) and the third lowest mean cholesterol concentrations among men aged 50 to 70 years among 13 industrialized countries.

The real explanation for relatively poor health in the United States is undoubtedly complex and multifactorial. From a health system viewpoint, it is possible that the historic failure to build a strong primary care infrastructure could play some role. A wealth of evidence documents the benefits of characteristics associated with primary care performance. Of the 7 countries in the top of the average health ranking,  have strong primary care infrastructures. Although better access to care, including universal health insurance, is widely considered to be the solution, there is evidence that the major benefit of access accrues only when it facilitates receipt of primary care. The health care system also may contribute to poor health through its adverse effects. For example, US estimates 8-10 of the combined effect of errors and adverse effects that occur because of iatrogenic damage not associated with recognizable error include:

These total to 225000 deaths per year from iatrogenic causes. Three caveats should be noted. First, most of the data are derived from studies in hospitalized patients. Second, these estimates are for deaths only and do not include adverse effects that are associated with disability or discomfort. Third, the estimates of death due to error are lower than those in the IOM report. If the higher estimates are used, the deaths due to iatrogenic causes would range from 230000 to 284000. In any case, 225000 deaths per year constitutes the third leading cause of death in the United States, after deaths from heart disease and cancer. Even if these figures are overestimated, there is a wide margin between these numbers of deaths and the next leading cause of death (cerebrovascular disease).

One analysis overcomes some of these limitations by estimating adverse effects in outpatient care and including adverse effects other than death. It concluded that between 4% and 18% of consecutive patients experience adverse effects in outpatient settings, with 116 million extra physician visits, 77 million extra prescriptions, 17 million emergency department visits, 8 million hospitalizations, 3 million long-term admissions, 199000 additional deaths, and $77 billion in extra costs (equivalent to the aggregate cost of care of patients with diabetes).

Another possible contributor to the poor performance of the United States on health indicators is the high degree of income inequality in this country. An extensive literature documents the enduring adverse effects of low socioeconomic position on health; a newer and accumulating literature suggests the adverse effects not only of low social position but, especially, low relative social position in industrialized countries. Among the 13 countries included in the international comparison mentioned above, the US position on income inequality is 11th (third worst). Sweden ranks the best on income equality (when income is calculated after taxes and including social transfers), matching its high position for health indicators. There is an imperfect relationship between rankings on income inequality and health, although the United States is the only country in a poor position on both (B.S., unpublished data, 2000).

An intriguing aspect of the data is the differences in ranking for the different age groups. US children are particularly disadvantaged, whereas elderly persons are much less so. Judging from the data on life expectancy at different ages, the US population becomes less disadvantaged as it ages, but even the relatively advantaged position of elderly persons in the United States is slipping. The US relative position for life expectancy in the oldest age group was better in the 1980s than in the 1990s. The long-existing poor ranking of the United States with regard to infant mortality has been a cause for concern; it is not a result of the high percentages of low birth weight and infant mortality among the black population, because the international ranking hardly changes when data for the white population only are used.

Whereas definitive explanations for the relatively poor position of the United States continue to be elusive, there are sufficient hints as to their nature to provide the basis for consideration of neglected factors:

(1) The nature and operation of the health care system. In the United States, in contrast to many other countries, the extent to which receipt of services from primary care physicians vs specialists affects overall health and survival has not been considered. While available data indicate that specialty care is associated with better quality of care for specific conditions in the purview of the specialist,15 the data on general medical care suggest otherwise. National surveys almost all fail to obtain data on the extent to which the care received fulfills the criteria for primary care, so it is not possible to examine the relationships between individual and community health characteristics and the type of care received.

(2) The relationship between iatrogenic effects (including both error and nonerror adverse events) and type of care received. The results of international surveys document the high availability of technology in the United States. Among 29 countries, the United States is second only to Japan in the availability of magnetic resonance imaging units and computed tomography scanners per million population. Japan, however, ranks highest on health, whereas the United States ranks among the lowest. It is possible that the high use of technology in Japan is limited to diagnostic technology not matched by high rates of treatment, whereas in the United States, high use of diagnostic technology may be linked to the “cascade effect” and to more treatment. Supporting this possibility are data showing that the number of employees per bed (full-time equivalents) in the United States is highest among the countries ranked, whereas they are very low in Japan—far lower than can be accounted for by the common practice of having family members rather than hospital staff provide the amenities of hospital care.

How cause of death and outpatient diagnoses are coded does not facilitate an understanding of the extent to which iatrogenic causes of ill health are operative. Consistent use of “E” codes (external causes of injury and poisoning) would improve the likelihood of their recognition because these ICD (International Classification of Diseases) codes permit attribution of cause of effect to “Drugs, Medicinal, and Biological Substances Causing Adverse Effects in Therapeutic Use.” More consistent use of codes for “Complications of Surgical and Medical Care” (ICD codes 960-979 and 996- 999) might improve the recognition of the magnitude of their effect; currently, most deaths resulting from these underlying causes are likely to be coded according to the immediate cause of death (such as organ failure). The suggestions of the IOM document on mandatory reporting of adverse effects might improve reporting in hospital settings, but it is unlikely to affect underreporting of adverse events in noninstitutional settings. Only better record keeping, with documentation of all interventions and resulting health status (including symptoms and signs), is likely to improve the current ability to understand both the adverse and positive effects of health care.

(3) The relationships among income inequality, social disadvantage, and characteristics of health systems, including the relative contributions of primary care and specialty care. Recent studies using physician-to-population ratios (as a proxy for unavailable data on actual receipt of health services according to their type) have shown that the higher the primary care physician–to–population ratio in a state, the better most health outcomes are.19 The influence of specialty physician–to–population ratios and of specialist–to– primary care physician ratios has not been adequately studied, but preliminary and relatively superficial analyses suggest that the converse may be the case. Inclusion of income inequality variables in the analysis does not eliminate the positive effect of primary care. Furthermore, states that have more equitable distributions of income also are more likely to have better primary care resource availability, thus raising questions about the relationships among a host of social and health policy characteristics that determine what and how resources are available.

Recognition of the harmful effects of health care interventions, and the likely possibility that they account for a substantial proportion of the excess deaths in the United States compared with other comparably industrialized nations, sheds new light on imperatives for research and health policy. Alternative explanations for these realities deserve intensive exploration.