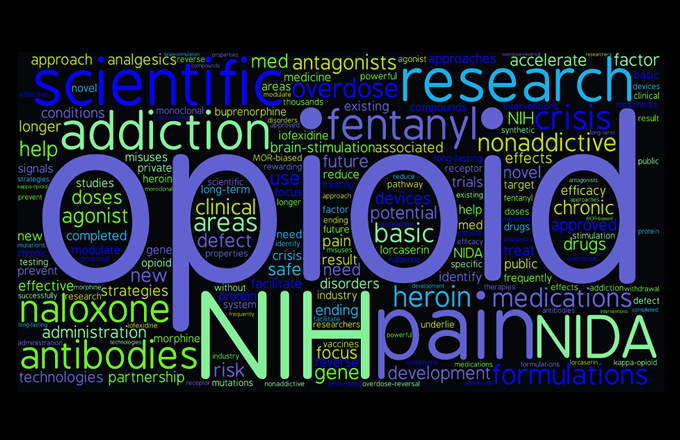 Every day, more than 90 Americans die after overdosing on opioids. The misuse of and addiction to opioids—including prescription pain relievers, heroin, and synthetic opioids such as fentanyl—is a serious national crisis that affects public health as well as social and economic welfare. The Centers for Disease Control and Prevention estimates that the total "economic burden" of prescription opioid misuse alone in the United States is $78.5 billion a year, including the costs of healthcare, lost productivity, addiction treatment, and criminal justice involvement.

How did this happen?

In the late 1990s, pharmaceutical companies reassured the medical community that patients would not become addicted to prescription opioid pain relievers, and healthcare providers began to prescribe them at greater rates. This subsequently led to widespread diversion and misuse of these medications before it became clear that these medications could indeed be highly addictive. Opioid overdose rates began to increase. In 2015, more than 33,000 Americans died as a result of an opioid overdose, including prescription opioids, heroin, and illicitly manufactured fentanyl, a powerful synthetic opioid. That same year, an estimated 2 million people in the United States suffered from substance use disorders related to prescription opioid pain relievers, and 591,000 suffered from a heroin use disorder (not mutually exclusive). Here is what we know about the opioid crisis:

This issue has become a public health crisis with devastating consequences including increases in opioid misuse and related overdoses, as well as the rising incidence of neonatal abstinence syndrome due to opioid use and misuse during pregnancy. The increase in injection drug use has also contributed to the spread of infectious diseases including HIV and hepatitis C. As seen throughout the history of medicine, science can be an important part of the solution in resolving such a public health crisis.

What are HHS and NIH doing about it?

In response to the opioid crisis, the U.S. Department of Health and Human Services (HHS) is focusing its efforts on five major priorities:

The National Institutes of Health (NIH), a component of HHS, is the nation's leading medical research agency helping solve the opioid crisis via discovering new and better ways to prevent opioid misuse, treat opioid use disorders, and manage pain. To accelerate progress, NIH is exploring formal partnerships with pharmaceutical companies and academic research centers to develop:

In a plenary address during the National Rx Drug Abuse and Heroin Summit in April 2017, NIH Director Dr. Francis Collins describes the NIH opioid research initiative headed up by the National Institute on Drug Abuse (NIDA). In a May 2017 New England Journal of Medicine special report, NIDA Director Dr. Nora Volkow and Dr. Collins outline how science can provide solutions to the opioid crisis and as they offer a 3 pronged strategy for research partnerships.