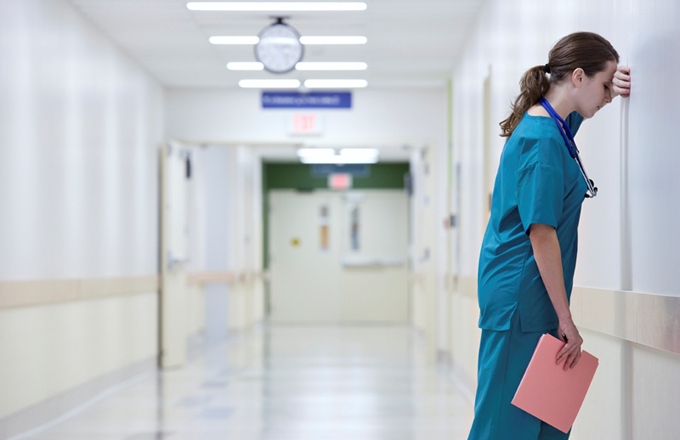 Medical error is not included on death certificates or in rankings of cause of death. Martin Makary and Michael Daniel assess its contribution to mortality and call for better reporting

The annual list of the most common causes of death in the United States, compiled by the Centers for Disease Control and Prevention (CDC), informs public awareness and national research priorities each year. The list is created using death certificates filled out by physicians, funeral directors, medical examiners, and coroners. However, a major limitation of the death certificate is that it relies on assigning an International Classification of Disease (ICD) code to the cause of death.1 As a result, causes of death not associated with an ICD code, such as human and system factors, are not captured. The science of safety has matured to describe how communication breakdowns, diagnostic errors, poor judgment, and inadequate skill can directly result in patient harm and death. We analyzed the scientific literature on medical error to identify its contribution to US deaths in relation to causes listed by the CDC.

Death from medical care itself

Medical error has been defined as an unintended act (either of omission or commission) or one that does not achieve its intended outcome,3 the failure of a planned action to be completed as intended (an error of execution), the use of a wrong plan to achieve an aim (an error of planning),4 or a deviation from the process of care that may or may not cause harm to the patient.5 Patient harm from medical error can occur at the individual or system level. The taxonomy of errors is expanding to better categorize preventable factors and events.6 We focus on preventable lethal events to highlight the scale of potential for improvement.

The role of error can be complex. While many errors are non-consequential, an error can end the life of someone with a long life expectancy or accelerate an imminent death. The case in the box shows how error can contribute to death. Moving away from a requirement that only reasons for death with an ICD code can be used on death certificates could better inform healthcare research and awareness priorities.

How big is the problem?

The most commonly cited estimate of annual deaths from medical error in the US—a 1999 Institute of Medicine (IOM) report—is limited and outdated. The report describes an incidence of 44 000-98 000 deaths annually. This conclusion was not based on primary research conducted by the institute but on the 1984 Harvard Medical Practice Study and the 1992 Utah and Colorado Study. But as early as 1993, Leape, a chief investigator in the 1984 Harvard study, published an article arguing that the study’s estimate was too low, contending that 78% rather than 51% of the 180 000 iatrogenic deaths were preventable (some argue that all iatrogenic deaths are preventable).10 This higher incidence (about 140 400 deaths due to error) has been supported by subsequent studies which suggest that the 1999 IOM report underestimates the magnitude of the problem. A 2004 report of inpatient deaths associated with the Agency for Healthcare Quality and Research Patient Safety Indicators in the Medicare population estimated that 575 000 deaths were caused by medical error between 2000 and 2002, which is about 195 000 deaths a year (table 1⇓). Similarly, the US Department of Health and Human Services Office of the Inspector General examining the health records of hospital inpatients in 2008, reported 180 000 deaths due to medical error a year among Medicare beneficiaries alone.12 Using similar methods, Classen et al described a rate of 1.13%.13 If this rate is applied to all registered US hospital admissions in 201315 it translates to over 400 000 deaths a year, more than four times the IOM estimate.

Similarly, Landrigan et al reported that 0.6% of hospital admissions in a group of North Carolina hospitals over six years (2002-07) resulted in lethal adverse events and conservatively estimated that 63% were due to medical errors.14 Extrapolated nationally, this would translate into 134 581 inpatient deaths a year from poor inpatient care. Of note, none of the studies captured deaths outside inpatient care — those resulting from errors in care at home or in nursing homes and in outpatient care such as ambulatory surgery centers.

A young woman recovered well after a successful transplant operation. However, she was readmitted for non-specific complaints that were evaluated with extensive tests, some of which were unnecessary, including a pericardiocentesis. She was discharged but came back to the hospital days later with intra-abdominal hemorrhage and cardiopulmonary arrest. An autopsy revealed that the needle inserted during the pericardiocentesis grazed the liver causing a pseudoaneurysm that resulted in subsequent rupture and death. The death certificate listed the cause of death as cardiovascular.

A literature review by James estimated preventable adverse events using a weighted analysis and described an incidence range of 210 000-400 000 deaths a year associated with medical errors among hospital patients.16 We calculated a mean rate of death from medical error of 251 454 a year using the studies reported since the 1999 IOM report and extrapolating to the total number of US hospital admissions in 2013. We believe this understates the true incidence of death due to medical error because the studies cited rely on errors extractable in documented health records and include only inpatient deaths. Although the assumptions made in extrapolating study data to the broader US population may limit the accuracy of our figure, the absence of national data highlights the need for systematic measurement of the problem. Comparing our estimate to CDC rankings suggests that medical error is the third most common cause of death in the US.

Human error is inevitable. Although we cannot eliminate human error, we can better measure the problem to design safer systems mitigating its frequency, visibility, and consequences. Strategies to reduce death from medical care should include three steps: making errors more visible when they occur so their effects can be intercepted; having remedies at hand to rescue patients; and making errors less frequent by following principles that take human limitations into account (fig 2⇓). This multitier approach necessitates guidance from reliable data. Currently, deaths caused by errors are unmeasured and discussions about prevention occur in limited and confidential forums, such as a hospital’s internal root cause analysis committee or a department’s morbidity and mortality conference. These forums review only a fraction of detected adverse events and the lessons learnt are not disseminated beyond the institution or department.

There are several possible strategies to estimate accurate national statistics for death due to medical error. Instead of simply requiring cause of death, death certificates could contain an extra field asking whether a preventable complication stemming from the patient’s medical care contributed to the death. An early experience asking physicians to comment on the potential preventability of inpatient deaths immediately after they occurred resulted in an 89% response rate.18 Another strategy would be for hospitals to carry out a rapid and efficient independent investigation into deaths to determine the potential contribution of error. A root cause analysis approach would enable local learning while using medicolegal protections to maintain anonymity. Standardized data collection and reporting processes are needed to build up an accurate national picture of the problem. Measuring the consequences of medical care on patient outcomes is an important prerequisite to creating a culture of learning from our mistakes, thereby advancing the science of safety and moving us closer towards the Institute of Medicine’s goal of creating learning health systems.

We have estimated that medical error is the third biggest cause of death in the US and therefore requires greater attention. Medical error leading to patient death is under-recognized in many other countries, including the UK and Canada.20 21 According to WHO, 117 countries code their mortality statistics using the ICD system as the primary indicator of health status.22 The ICD coding system has limited ability to capture most types of medical error. At best, there are only a few codes where the role of error can be inferred, such as the code for anticoagulation causing adverse effects and the code for overdose events. When a medical error results in death, both the physiological cause of the death and the related problem with delivery of care should be captured.

To achieve more reliable healthcare systems, the science of improving safety should benefit from sharing data nationally and internationally, in the same way as clinicians share research and innovation about coronary artery disease, melanoma, and influenza. Sound scientific methods, beginning with an assessment of the problem, are critical to approaching any health threat to patients. The problem of medical error should not be exempt from this scientific approach. More appropriate recognition of the role of medical error in patient death could heighten awareness and guide both collaborations and capital investments in research and prevention.

Contributors and sources: MM is the developer of the operating room checklist, the precursor to the WHO surgery checklist. He is a surgical oncologist at Johns Hopkins and author of Unaccountable, a book about transparency in healthcare. MD is the Rodda patient safety research fellow at Johns Hopkins and is focused on health services research. This article arose from discussions about the paucity of funding available to support quality and safety research relative to other causes of death.  Competing interests: We have read and understood BMJ policy on declaration of interests and declare that we have no competing interests. Provenance and peer review: Not commissioned; externally peer reviewed.