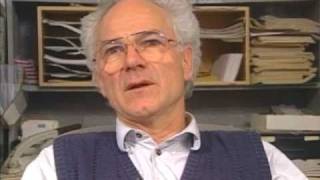 Too many people are making too much money out of it, and money is much stronger than truth. One of the most powerful video documentaries of our time boldly reveals the modern medical-industrial complex’s dire descent into utter corruption.

This feature-length expose explains exactly how the 300-Billion-dollar AID$ fraud began, why HIV can NOT be the cause of AIDS, what the real causes could be, and who manipulates the public's good intentions while poisoning hundreds of thousands with toxic drugs that cause the very disease they are supposed to prevent.

This is a systematic dissection of the HIV/AID$ machine and how they hijacked a program designed to fight a worldwide plight of human suffering and drove it down the road to hell. Yet this program offers hope, inspired by the courage and articulate arguments of a group of growing voices internationally challenging the HIV=AIDS=DEATH hysteria. A MUST SEE for anyone interested in truly understanding the facts about HIV/AID$.

You will meet a number of highly reputable scientists who all agree that HIV doesn't cause AIDS, including Dr. Peter Duesberg, who was the first scientist to map the genetic structure of retroviruses. He is joined by Nobel Prize winners Dr. Kary Mullis and Dr.Walter Gilbert, along with Dr. David Rasnick, an expert in the field of protease inhibitors.

Is HIV/AIDS the golden idol of junk science? Judge for yourself. Professionally produced, written and researched, acclaimed by physicians, scientists, journalists and humanitarians internationally, this is the video encyclopedia of HIV/AIDS dissident movement! THE defining documentary on the HIV/AIDS fraud.